Hello,
I’m currently trying to create an one-click catalog deployment of an nginx container with letsencrypt based on “github.com/JrCs/docker-letsencrypt-nginx-proxy-companion” and “github.com/jwilder/docker-gen” with the official nginx docker container.

For now the catalog template work as expected and i can bring up an stack with nginx and 2 sidekicks (letsencrypt/docker-gen) who is proxying the virtual hosts to my containers.

My problem is that i have a few problems i currently don’t know how to get rid off:

PS: Sry for the bad language, i hope everyone understands what i want to do.
PPS: aahhh as a new user i can only put two links in an post -.-

Thanks for your help,
Munsio

Hi, We’ve done this using rancher-metadata service. In your example it would require to setup

This will always result with current container name.

Hi plotron,
Thank you for your fast reply unfortunately these are my first/second steps with docker and I need a little bit more information on what you want me to do ^^

The second thing is it possible to use “export” in the composer.yml? Or where should I put that?

So you need to get other containers in your current stack? You can do it also via rancher-metadata but it will be a bit trickier.

Unfortunately you cannot use comands as result in ENV in docker-compse to user result of another command you need to have some kinf of bootstrap.sh file which will load all missing data before running you application.

Then you need to pares result(you can receive them as json response also if you pass accepted parameters) and export as env variable. In this schema you can provide <Service_Name> as parameter. Of course you can also check other stack and do same thing with other stack

“rancher-metadata/latest/self/container/name” Will always return your container, if

Oh yeah thanks for that explanation now i know what i have to do.

We have this working with a combination of the following containers:

About the data-container i’m using volumes for all shared paths i think that is the best i can do.

I found out that the letsencrypt container does not need the “NGINX_DOCKER_GEN_CONTAINER” if you are using the volumes from the nginx container cause the app itself gets the id of this container over the linked volumes.

The only thing i have to fix is the “command” for the docker-gen container cause there is also the “nginx” container name in there which is not present.

I had some issues with the container name and managed to sort this out by turning things on it’s head a little in my catalog entry so that the letsencrypt-companion container is the main container and this then has the nginx container as a sidekick:

This means that I can do :

and the nginx-proxy container has :

nginx-proxy-data is the data container that we store all the data from the setup in - not on the host but in a separate container. This means we don’t have any dependency on files or dirs on the host.

Any chance you could share your YAML files? I’ve been tinkering with this recipe for a while, and some of the Rancher-specific stuff has been tripping me up.

Sure you can find my catalog repository under: https://github.com/Munsio/rancher-cattle-nginx-letsencrypt
(You can add it under Admin->Settings->Add Catalog)

I had to fork the letsencrypt container to download the nginx.tmpl and create an docker-gen config file - i try to contact jrcs to make is container configureable via an config file cause there are some things that could be done better imho.

For the catalog template:
Everything is running in an volume if you want to add custom locations or something else you can do it in the specific volume (proxyPasswd/proxyVhost) just create an file named the same as the domain you want it for.
For more information about the vhost files just read this section of nginx-proxy: 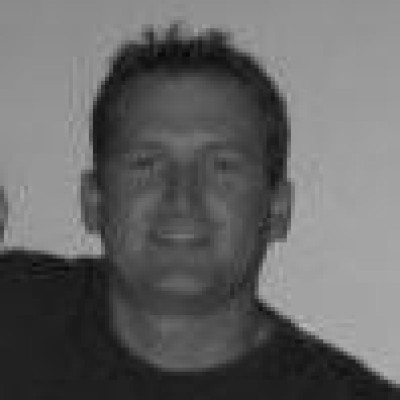 I’m unfamiliar with how to use the catalog – all my stuff is orchestrated from the command line with rancher-compose. Adding the catalog was pretty easy, and spinning up a new stack was even easier!

I have some questions, though:

Thank you in advance for your help. This has been a blocker for me for a long, long time.

Great to hear that you got it up and running

My first use case is indeed a simple blog in its own Docker container.

Everything worked exactly as you described. I am so excited!

Hey there! Still very happy with your catalog entry, but I have a feature request.

Somewhere in your configuration you enable HSTS. This is great, but I’d really really appreciate it if you could make includeSubDomains optional. Having that in there breaks stuff for me, and it took me two or three days to figure out where and why. Any chance you could help me out here? I’d make an issue on one of your repositories, but I don’t know where.

Thank you so much!

Glad things are working for you!