(Tried to find similar error in the forum but they doesn’t seem to be the same.)

The rancher-agent logs shows the following and I have no idea how to troubleshoot this further:

Test subnet:
Server 1-4, all connected successfully to Rancher server on the Prod subnet to environment Test

In the production subnet everything is fine, but when trying to start a service in test, the network agent keeps terminating and restarting. Initially it was a firewall problem but now the firewalls are opened for UDP 500 and 4500 (and to prod subnet admin server on port 8000)

Can you provide OS and Docker version?

Are any of your hosts using 10…42.x.x? If so, there would be a conflict with the Rancher’s managed overlay network.

I am guessing it is cross-network since it works for production which is same subnet as the rancher-server.
But doesn’t work on the hosts in the test subnet.

I just deleted all rancher containers and volumes and reinstalled and reconfigured it from scratch, but same result, the four hosts in production works find, and I can deploy a mongodb stack (works like a charm), but on the hosts in the test subnet they all get stuck due to the networking agent restarting over and over.

Regarding networking requirements, is there anything else needed to open in the firewalls than:

I went looking in our issues and it seems like you are facing this one. 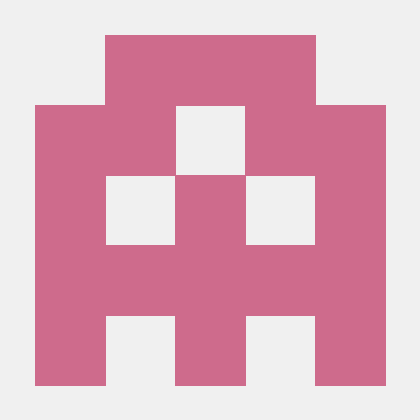 One more thing that might be obvious, does UDP 500 and 4500 be open also between the hosts and the rancher-server?
This is not the case, test-subnet hosts can only reach the rancher-server on the prod-subnet on TCP 8000, even pings (ICMP) är blocked.

I guess the obvious resolution at the moment is to deploy at rancher-server in the test-subnet, would really like to just have one on our admin server but I guess it is sufficient to get started with the rest since I really like what Rancher tries to solve.

I started over from scratch today using Rancher v1.0.0-rc1 and it worked out-of-the-box also from the test-subnet.

I am using DigitalOcean, with hosts provisioned by Rancher.

I am experiencing network-agent restarts as well on a completely clean installation of Rancher on three machines. (The first runs the server and acts as a host.)

I have followed the instructions here to proxy Rancher behind Nginx (with SSL). I also made sure that “Host Registration URL” was set properly (to include the FQDN of the server and “https://” prefix). The hosts connect without issue and everything seems fine. However, as soon as I launch the GlusterFS stack, I run into problems:

The network agent starts on one of the hosts and immediately gets stuck in a loop:

This continues indefinitely. I am using the latest version of everything:

I did set up GitHub authentication. None of the servers have a firewall enabled. Let me know if you need any further information.

@nathan-osman Are you running ipv6? If so, Rancher does not support it and will cause network agents to restart. That was @nlhkh’s issue.

Are you running ipv6? If so, Rancher does not support it and will cause network agents to restart.

Good catch - IPv6 was enabled on the hosts and I was able to get everything working once I rebuilt the hosts without IPv6 enabled. Thanks!

Hello, i have the same issue.

I tried to curl in this url

Seeing the same problem after updating Proxmox on the hosting machine (Rancher stuff is running inside CoreOS guests under Proxmox). Also, yesterday I’ve changed the DNS server in my network (resolving forward/reverse queries). Hope this may help us to deduce

I’ve fixed this thing (I mean, at my homelab).

To make the story short: Rancher daemons love to have DNS working well and flawless. Now, the walkthrough.

After these steps I saw everything working.

NB: The whole problem I believe is due to 401/Unauthorized received by an agent instance from the server. I don’t know what’s there but it was fixed with the proper DNS setup.

Having this problem I deleted my Cattle environment and created a new one. Now it just works…